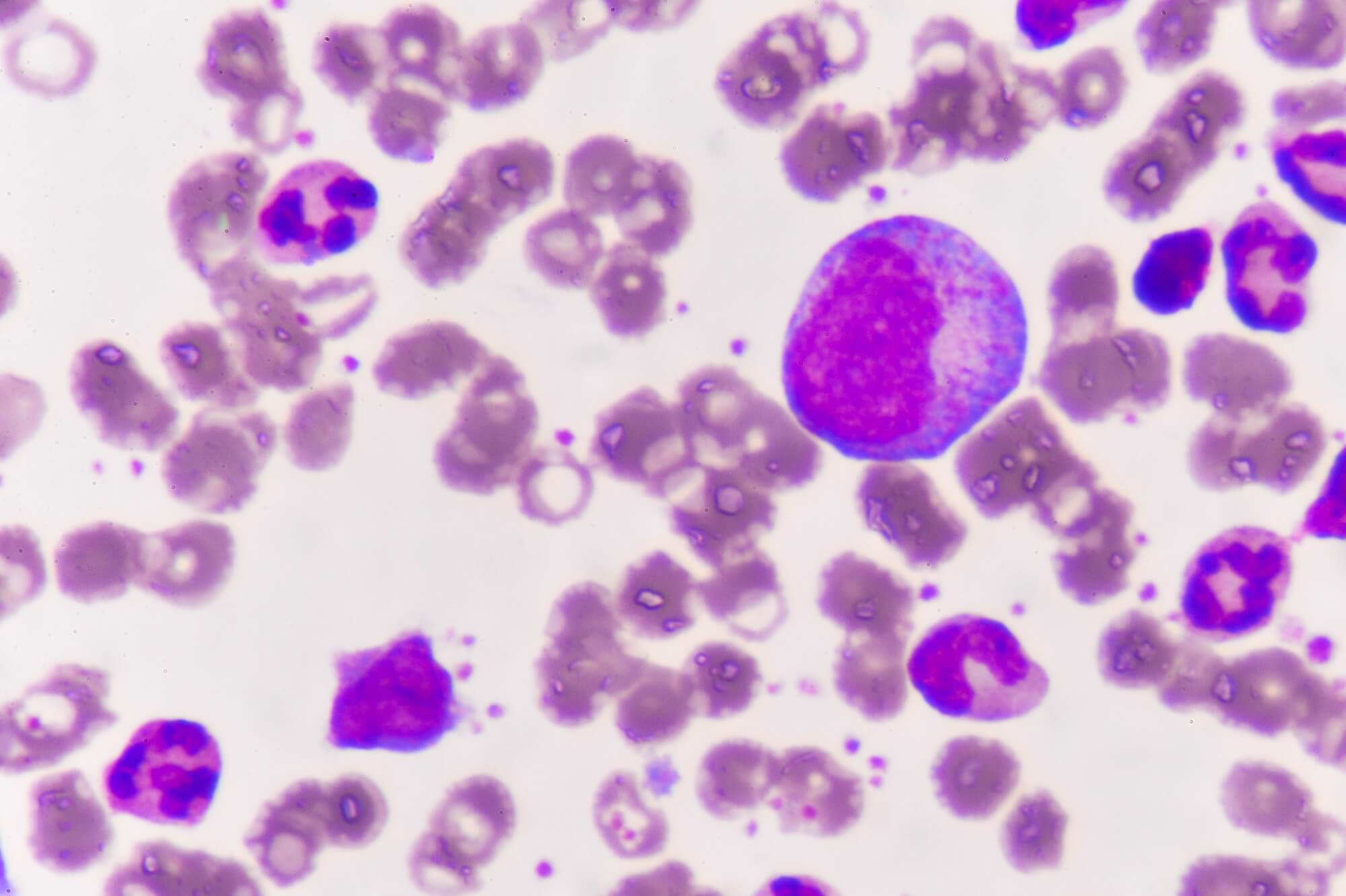 Outcomes of patients with chronic lymphocytic leukemia after discontinuing ibrutinib. In CLL and other conditions with immunosuppression, the suppressive effect is usually only on normal cells, which is evidenced by the increased occurrence of infections and development of secondary neoplasms 5.

In our year-old patient all types of transplantation could be a priori considered.

You do not want to achieve just MRD; you have to do more than that. The clinical workup in this now year-old patient with advanced stage Binet's stage C; Rai's stage IV CLL should include-besides a complete clinical history, physical examination and routine analyses-other tests which are listed below along with their specific purpose: Review of a peripheral blood smear. Abnormal immature myeloid cells positive for CD34 expression, with abundant cytoplasm and relatively high side scatter were found. Her past medical history was notable for past hypertension and hyperlipidemia. With a median follow-up of The differential diagnosis for lymphocytosis is quite broad and would include chronic lymphoid neoplasms as well as reactive causes such as viral infections, hepatitis, pertussis whooping cough , autoimmune disease, and polyclonal B lymphocytosis usually in middle-aged women with a smoking history. Following therapy with cyclophosphamide, vincristine, and prednisone, a reduction in the lymphocyte count was achieved, and the myeloid clone developed into AML 4.

The del 11q did not have a major impact on prognosis when ibrutinib was used. Burke, the associate chair of the Hematology Research Program, US Oncology Network, Rocky Mountain Cancer Centers, discussed these treatment choices on the basis of 2 case scenarios of patients with CLL, one who is newly diagnosed and another with progressive disease.

For OS, no significant difference existed between the ibrutinib arms and the BR arm. However, survival is likely to be improved in some subsets of patients, particularly those transplanted in CR without having received more than one therapeutic regimen before transplantation.

It was a shame because [the duvelisib] worked like gangbusters in a CLL that was refractory to ibrutinib and refractory to venetoclax.

These age cut-offs are, however, somewhat arbitrary and the absence of important comorbidity and the presence of good performance status are as important as age. It does not help to add rituximab. Whether the conditioning regimen should be standard or non-myeloablative is impossible to answer. Would this patient be a good candidate for venetoclax in the second line? Obinutuzumab has FDA approval now with ibrutinib for frontline therapy, but rituximab does not. Facts supporting a graft-versus-CLL effect include the clearance of leukemic cells upon discontinuation of immunosuppressive drugs, when GVHD develops, and also when lymphocytes from the donor are infused to the patient. It is reasonable to posit this neoplastic myeloid cell line was uniquely susceptible to suppression by normally produced cytokines from the CLL. Review confirms the predominance of small, monotonous-appearing lymphocytes which show smooth nuclear contours and mature morphology. Overall survival benefit of obinutuzumab over rituximab when combined with chlorambucil in patients with chronic lymphocytic leukemia and comorbidities: final survival analysis of the CLL11 study.

I put her on idelalisib and rituximab and she had her best response yet. The patient is monitored for 2 years and at age 67, he returns to the oncologist with fatigue, shortness of breath, dyspnea on exertion.